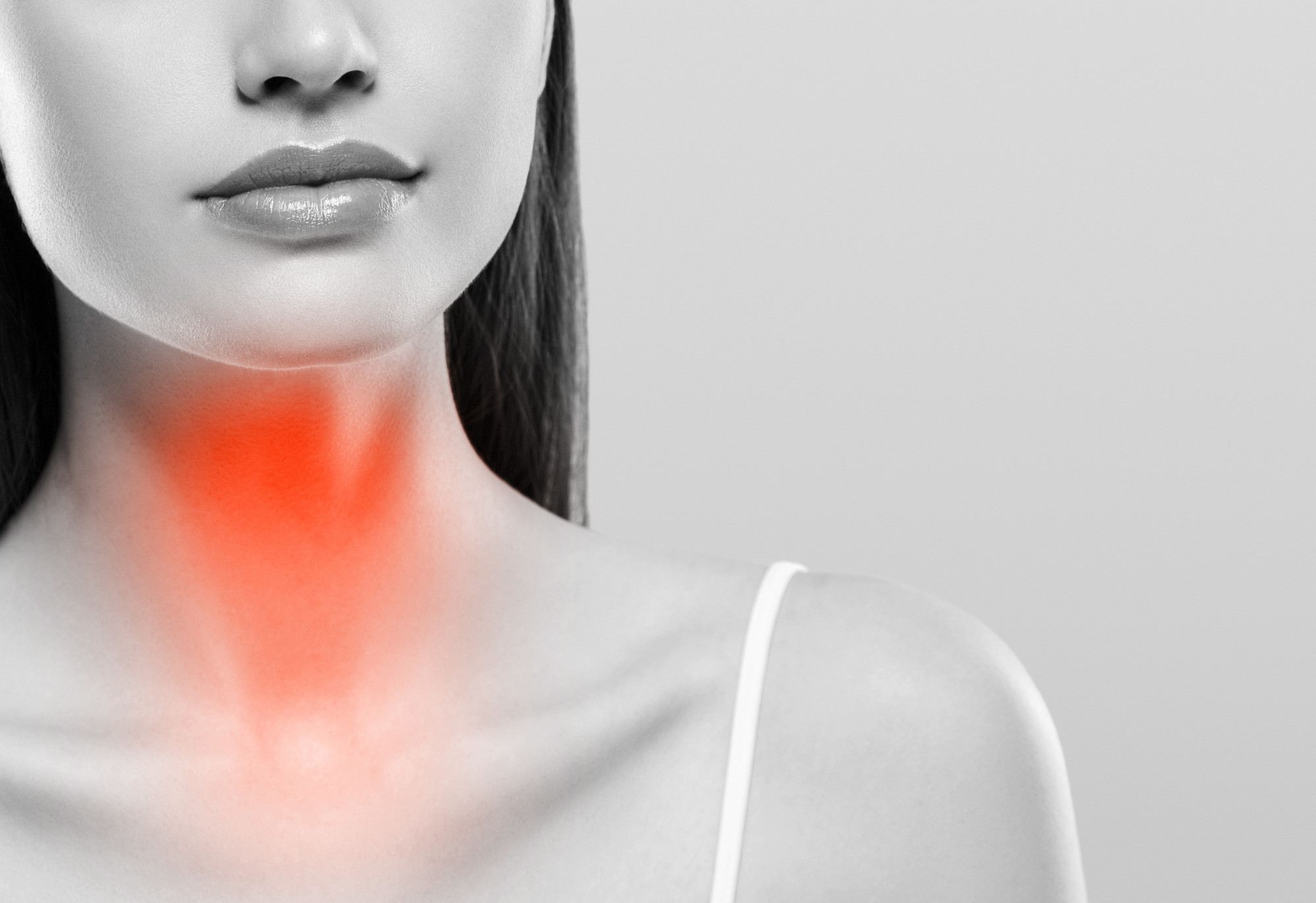 This topic began to arouse keen interest among doctors of various specialties. First of all, because hyperparathyroidism can be the basis of such common pathologies as urolithiasis, cholelithiasis, hypertension, stomach ulcer. Especially if these 4 pathologies are present at the same time. There are 5 more pathologies that often accompany this quartet – osteoporosis, but it may not be visible until the bone is examined by X-ray or X-ray densitometry.

Hyperparathyroidism (HPT) is a syndrome caused by increased / pathological production of parathyroid hormone – the main hormone that regulates calcium-phosphorus metabolism in the body and the exchange of vitamin D.

HPT ranks 3rd in terms of prevalence among endocrine diseases after type 1 and 2 diabetes mellitus, diffuse-toxic goiter. More common in women. Now HPT has become better diagnosed (firstly, they know about it, and secondly, the methods of its diagnosis have improved).

Once again, the main occurrences of HPT are: 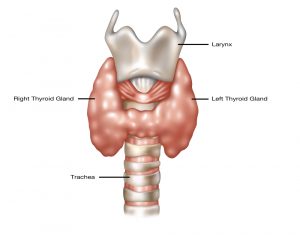 ICD (especially coral kidney stones)
peptic ulcer and 12 duodenal ulcer
osteoporosis
hypertonic disease
or a combination of three of these pathologies, especially with the onset at a young age, may be the reason for the diagnosis of HPT.

Coral kidney stones are an independent reason for the diagnosis of GTP.

According to statistics, 27% of patients with hypertension have an asymptomatic course of hyperparathyroidism.

In addition, breast and prostate cancer can be triggered by hyperparathyroidism.

Other manifestations of hyperparathyroidism occur in varying degrees of severity in different patients:

rapid muscle fatigue, especially with physical exertion (not cramps)
muscle pain (up to paralysis of the muscles of the pelvic girdle), bones, “duck gait”
frequent painless urination
thirst
loss of memory
depressive disorders, psychosis
nausea (vomiting is less common)
itchy skin
pancreatitis
urethral stones, etc.
There are forms of hyperparathyroidism according to the clinical course (depending on the level of damage) – bone (3 subtypes – according to the type of osteoporosis, fibrous-cystic, pedjetoid form), visceral (organ), mixed.

NB! Now the cases of a combination of hyperparathyroidism and diffuse-nodular goiter have become more frequent, so that’s it! patients with nodular formations should be examined for the level of parathyroid hormone in the blood, total calcium, ionized, phosphorus.

Primary hyperpartyroidism includes such genetic syndromes as MEN 1 and MEN 2A (multiple endocrine neoplasias). This is a combination of hyperparathyroidism with tumors of other endocrine organs – thyroid cancer (medullary), pancreatic tumor, adrenal tumor – pheochromocytoma, etc.).

Syndrome of other diseases – secondary hyperparathyroidism,

An increase in PTH is physiological against the background of hypocalcemia of various reasons: chronic renal failure, and the most common reason for an increase in parathyroid hormone is vitamin D (sun vitamin) deficiency, its long-term chronic shortage, especially at doses below 14 ng / ml, is called “rickets in adults”, and more correctly, osteomalacia, and can lead to the formation of reversible hyperplasia of the parathyroid glands with increased production of parathyroid hormone.

From laboratory analyzes, attention is drawn to the difference in the concentration of calcium / phosphorus in different forms of HPT.

With hyperparathyroidism, dyslipidemia, that is, atherosclerosis, can be observed! (increased VLDL-lipoproteins of very low density – “bad fats”, increased coefficient of atherogenicity), which is eliminated after surgery.

So, the diagnosis of HPT includes:

blood for ionized calcium, total, phosphorus, parathyroid hormone, alkaline phosphatase, osteocalcin, creatinine, blood sugar, TSH, free T4
daily urine for the loss of calcium and phosphorus
Ultrasound of the thyroid gland and parathyroid glands (there is such a dependence – with ICD + hyperparathyroidism – adenoma of the parathyroid gland is often localized on the left, etc.)
ECG (there may be changes – such as bradycardia, double humped ST, QT shortening, etc.)
the best method for imaging the parathyroid gland! subtraction scintigraphy).

X-ray of bones – phenomena of subperiosteal resorption are observed, and hyperparathyroidism is also characterized by a pattern of “soapy foam” due to multiple small cysts, femur in the form of a “shepherd’s staff”, “bell-shaped” chest, “fish” vertebrae, calcification of cartilage, thinning of the cortical layer dental alveoli)
lipid profile,
Ultrasound of the OBP and kidneys,
total protein + protein fractions + M – gradient, Bence-Jones protein in urine,
in the clinical analysis of blood is observed – anemia (inhibition of erythropoiesis), leukopenia, eosinopenia, lymphocytosis, increased ESR,
when examined by an ophthalmologist – the deposition of salts in the eyeball “rice grains” – in a pronounced case, it is visible without a slit lamp.
densitomeria – confirmation of osteoporosis.
the concentration of citric acid increases by 70-80%.
Diagnostic drug tests.

NB! Test with thiazide diuretics – before the test, determine the loss of calcium in the urine, calcium and blood parathyroid hormone, then give Hypothiazide 50 mg * 2 times / day, 3 days, and see the same parameters, if the blood calcium level rises, the parathyroid hormone will remain unchanged, the excretion of calcium in the urine will decrease, then this is the Primary HPT.
Test with hydrocortisone – 100-200 mg / day for 10 days, with hyperparathyroidism, the blood calcium concentration does not change, for other reasons it decreases. (sarcoidosis, blood diseases, etc.). 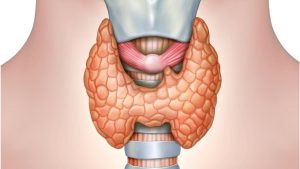 Treatment: primary and tertiary hyperparathyroidism – only operative! Otherwise, a person is threatened with a hyper-arthyroidal crisis, and this is a life-threatening condition! especially when the level of total calcium is more than 3 mmol / l and more than 400 mg / calcium excretion in daily urine).

With milder forms and contraindications to surgery, HRT treatment can be carried out (especially in women in menopause), HRT slightly lowers the level of serum calcium and treatment with bisphosphanates.
There is an additional alternative – treatment with calcium mimetics (it is an antagonist of calcium-sensitive receptors – it reduces the concentration of parathyroid hormone and blood calcium) – MIMPARA 30 mg, 60 mg, 90 mg, is used in conjunction with bisphosphonates.

Mimpara is used only for secondary and tertiary HPT!

additional fluid (2-2.5-3 l / day) + bisphosphonate treatment.
Hyperparathyroidism, if it is caused by a lack of vitamin D and calcium, can be treated with medication, and it is clear what drugs – vitamin D and calcium. Vitamin D is used in large doses – 40,000 units weekly for the first 8 weeks, then 20,000 units per week under the control of blood biochemistry.