Most endocrine diseases before their debut (beginning, start) have blurred manifestations. These are kind of “little signals”. And at this stage, the development of pathology can often still be prevented – this is called subclinical forms.
This article will discuss the most “popular form” – subclinical hypothyroidism (SG), this diagnosis is made often, and therefore “by ear” in patients.
Based on the results of the analyzes, the SG looks like this:

– TSH (thyroid-stimulating hormone) is INCREASED, more than 4.01 IU / L, but below 10 IU / L (this is already the “cutting point” of the manifest – classical hypothyroidism); 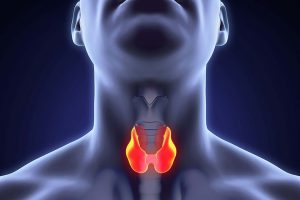 The most common cause of FH is: the onset of AIT (autoimmune thyroiditis, less often iodine deficiency, sometimes it is a condition

after suffering a strong ARVI or ARI).

FH is the most dangerous for pregnant women, since a lack of thyroid hormones can primarily lead to a delay in the development of the fetal nervous system, anomalies in the development of other organs, etc. And during pregnancy, FH ALWAYS requires correction. Perhaps the most important fact is that hypothyroidism in pregnant women is considered to be not 4.01, but 2.5 IU / L and above !!!!!

Other somatic diseases provoked by FH include:

Obesity and metabolic syndrome.
Dyslipidemia (impaired cholesterol metabolism) with an increased risk of strokes
An increase in systolic and diastolic blood pressure, therefore, some patients, when TSH normalizes while taking L-thyroxine, note a decrease in the need for antihypertensive (from blood pressure) drugs.
Menstrual irregularities and infertility.
Cosmetic problems: dry skin, hair loss
Decreased serum iron levels, preanemia with corresponding symptoms – weakness and loss of energy in the afternoon.
In children: loss of memory, attention, learning disabilities, mood lability and moodiness.
The fact that TSH levels can spontaneously normalize is encouraging.

In other cases, (excluding pregnancy), the question of the appointment of hormone therapy (L-thyroxine and Eutirox) is decided on an individual basis.

If in the blood test TSH is 2 times detected 5 mU / l or more, or it increases, then hormone therapy is indicated.

In some cases, even with an increase in TSH of 6-7 mU / l, the patient does not complain, there are no disturbances in cholesterol metabolism and weight, then we can say that there is such a concept of “individually normal TSH level” and it may differ from the average value of other people , in this case, such a TSH, naturally, does not require correction.

Reference values ​​of TSH in the laboratory from 0.3-4.0 mU / l – this is an indicator of 75% of the population, the rest will have a figure or higher or lower – and this is their NORM. 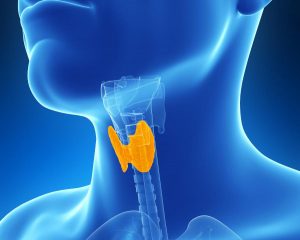 Very often, FH occurs simultaneously with an increase in the level of prolactin (sex hormone), and here it often remains unclear what is primary – an increase in TSH or an increase in prolactin, or these are independent states. In this case, if prolactin is 2-fold higher than 1000 IU / ml, this condition should be treated and against this background TSH should be re-evaluated.

It often happens that TSH is normalized just on treatment with dopamine agonists (Dostinex and Bromocriptine and requires additional correction with L-thyroxine). This is only on the condition that this is not pregnancy planning: then L-thyroxine and dopamine agonists should be given SIMULTANEOUSLY !, there is no indication for expectant tactics.

Treatment with iodine is possible, but only in iodine-deficient https://en.wikipedia.org/wiki/Iodine_deficiency regions (and only in the absence of antibodies to TPO and TG in the blood) and this is not St. Petersburg and Leningrad region. Subclinical hypothyroidism in St. Petersburg and LN is treated only with L-thyroxine.

A relatively new assay in endocrinology such as T-Uptake (Thyroxine binding capacity of human serum or plasma) can help in the diagnosis of FH. Typical normal interval = 0.32-0.48 rel. units or 20-40%. If it DECREASES, then this additionally confirms hypothyroidism and the risk of transition of subclinical hypothyroidism to overt.